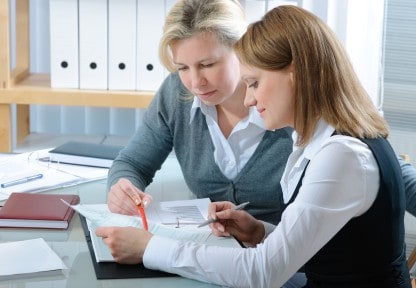 This article recently appeared in The Montreal Gazette:

When to call the coach
Helping business people is a growth industry, but it’s little regulated

Marie-Claude Pelletier was in a quandary.

After 11 years, her company, Les Effrontes, had built up a loyal clientele in the Montreal area -its “army of professionals” was busy helping people overhaul their wardrobes and polishing their looks.

Her thoughts were turning to expansion. But how?

Should she build on her local reputation by opening a beauty salon adjoining her elegant Ste. Catherine St. location? Should she expand into a regional centre like Sherbrooke or Quebec City? Or should she go for broke and open an office in Toronto or the Big Apple?

In stepped Lisa Chandler, a coach specializing in entrepreneurs with established small to medium-size businesses.

Montreal is home to scores of business coaches like Chandler, offering guidance on a variety of such topics as leadership, marketing, senior executive skills, social networking and starting a small business.

It’s a sector that has enjoyed solid growth during the last 20 years and seems poised to grow even more as the practice is more widely adopted.

Instead of telling Pelletier what to do, Chandler acted like a personal sounding board, throwing out hard questions that helped Pelletier draw conclusions.

“It’s about listening at a level much deeper than what most people are used to,” Chandler said.

She challenges clients’ assumptions by “asking powerful questions that lead (clients) to their own insights.”

What’s stopping you? What can you tolerate? What do you want more of ? What do you need to know in order to say yes to the thing that you want?”

The coaching experience is “not ‘touchyfeely,’ ” Pelletier said with a laugh. “I didn’t want any of that.”

Instead she likened her coach to “a mirror that talks.”

Unlike counselling, which focuses on self-examination and reflection, coaching is about finding out what needs to be done to solve a problem or reach a goal -then going out and doing it.

Between sessions, coaches and clients usually communicate with each other. A client is expected to complete assignments and provide updates -usually through email, these days -while the coach monitors the client’s progress.

If a client refuses to engage in the process, the coach has the option of firing him or her.

The Quebec branch of the International Coach Federation, the international organization that oversees the independent certification of coaches, estimates that there are about 250 certified coaches in Quebec.

Hourly rates typically range from around $250 to $350 an hour, but can go to $500 and up for senior executive coaching.

Government financial aid programs have encouraged growth, such as an Emploi Quebec program that subsidizes about 50 per cent of the cost of business coaching.

As everywhere, globalization and technological change have helped fuel the boom.

While coaching can be a positive experience, the industry is self-regulated, so unqualified people can promote themselves as business coaches.

There is “still a little of the Wild West” in the sector, said Jim Gavin, co-director of the professional and personal coaching certification program at Concordia University.

“It’s an industry in its infancy,” he said. While there are “a lot of great people,” there are also “a lot of people hanging out a shingle.”

Peter Vogopoulos, 39, a Montrealbased marketing coach, agreed. He runs Marketing for Real Results and has been working as a full-time coach for almost three years.

“More and more people out there are calling themselves coaches, and it can be difficult for consumers to discern what makes a great coach,” he said.

He pointed out that not all coaches have the same background and experience. Vogopoulos has engineering and MBA degrees and worked for several years as a consultant before becoming a coach.

“We don’t need to be subject-matter experts,” he said, “but having (a) richer background and experience just makes you a better coach because you have stuff to draw from.”

Jo-Anne Duquette, head of the Federation internationale des coaches du Quebec, suggested that one way for clients to protect themselves is to look for a certified coach on the website of the International Coaching Federation (ICF).

She also suggested potential clients meet with at least one or two coaches to make sure they find the right person.

“You need to have a good match,” she said.

Concordia’s Gavin said that even if someone is certified by the ICF and has numerous qualifications, it does not mean that the person is the right coach for a certain client.

Being certified is not the sole criterion, nor is it always necessary, he said.

“Someone can be certified, but only have a limited number of hours of classroom training or client training,” he said. “One hundred hours is a drop in the bucket.”

A business coach who has worked as a CEO in the non-profit sector, for example, would have a lot of insight into how organizations work, he said.

He suggested looking for someone who has an “extensive amount of relevant experience and training relevant to you and the issues you are dealing with.”

He also suggested asking for a trial interview -which is often free -to sample the coaching method and determine if the coach is someone you can work with.

When a coach and client work well together, they can produce excellent results.

“The coach is someone who provides insights and perspective and enables the executive to take different angles on the reality that they are confronting,” Gavin said. “So that they are pulled out of the typical lens or typical ways they engage in working or dealing with certain problems.”

Coaches can also help with the challenge of family-work balance.

“For an entrepreneur, that is a hell of a balance,” said Alain Theriault, 49, an entrepreneur and start-up coach who ran the entrepreneurship centre at the HEC for nine years before branching out on his own.

“When I work with my clients, I am making sure that they focus on their strengths so that they aren’t scattered all over the place,” he said.

“Entrepreneurs have a tendency to jump on every kind of business opportunity that comes up. It’s kind of an ADD personality” that we find a lot in entrepreneurs.”

And the biggest issue is “the continuous tango dance between the professional and the personal issues.”

“Sometimes people need to hear something that they don’t want to hear,” said Vogopoulos, but he always tries to be nice about it.

Chandler, who is helping Pelletier wrestle with her choices, said keeping clients on track is a big part of her job.

A certified business coach with a Masters in Education, Chandler, 40, often finds herself pointing out: “You keep saying that you want to do this, but you are spending your time on this … How does this add up?”

As for Pelletier, she is working on her expansion plans for Les Effrontes and continues to meet with Chandler every two weeks.

She has decided that Quebec was too small to take her business to the level she wants and that if she wants to play in the big leagues, she needs to jump into a bigger market like Toronto or New York City.

“(Chandler) tells me things like, ‘You talked about this for two weeks and you have not progressed,'” Pelletier said with a smile. “She makes me reflect on what I want to do -she keeps me focused.”

For live links and to read the artilce in The Gazette online: http://www.montrealgazette.com/business/When+call+coach/3116144/story.html#ixzz0simJv5lw