I found this article this morning and wanted to share it with you. It appeared in the Wall Street Journal on Tuesday, August 25.

Executive coaches report steady demand for their services despite the recession. Individual and corporate clients say the one-on-one counseling is critical for career success, especially during tough economic times.

Coaches typically are hired by companies, at $300 an hour or more, to hone the management or communication skills of senior leaders and rising stars. Even with the recession, many coaches say some companies are retaining their services to help them get lean and efficient. Coaches also said they are seeing an increase in individuals hiring coaches on their own. 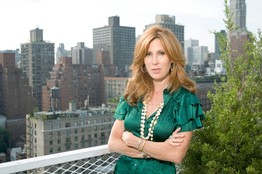 Eric Chaffin, a 38-year-old partner at law firm Bernstein Liebhard LLP in New York, has paid coach Dee Soder out of his own pocket on a retainer since 2003, and has no plans to stop. “In a down economy, it’s particularly important to have someone on your side,” he said. “Instead of 10 client opportunities this year, there might be five. You have to make each one count.”

Mr. Chaffin said Dr. Soder, founder of the CEO Perspective Group, an assessment and advisory firm in New York, helps him with tough career and practice decisions. For example, in 2003, she helped him weigh job offers from private firms after his four-year stint as a federal prosecutor. He chose a law firm that represents plaintiffs in consumer and shareholder cases because he and Dr. Soder thought it fit well with his blue-collar family background. Last year, he shifted to another plaintiffs’ firm, Bernstein Liebhard. Recently Dr. Soder advised him on how to work with clients who are hurting because of by the recession. Mr. Chaffin said Dr. Soder gives him a different perspective than business associates. “Most lawyers think alike,” he said. “She’s helped me understand some of the characteristics of my clients and their motivations.”

Executive coaches say they’re being hired by more individuals like Mr. Chaffin, a trend that has helped offset tighter budgets at some corporate clients. Dr. Soder says the number of her clients who are individuals paying on their own has nearly doubled since November. Wendy Alfus-Rothman, founder of Wenroth Consulting Inc., a New York executive-coaching firm, said more individuals are scheduling monthly, rather than quarterly, sessions.

A 2007 study commissioned by the International Coach Federation pegged annual revenue world-wide for the industry, which includes life, career and executive coaches, at $1.5 billion, with about half the study’s 5,415 respondents in the U.S. Of the respondents, 58% reported executive coaching as their specialty.

Coaches say many companies still use their services to retain top talent and support senior leaders while coping with smaller staffs and recession-starved budgets. Amber Romine, director in global human capital at consultancy PricewaterhouseCoopers LLC’s Washington, D.C., office, said she fields a steady stream of requests from clients looking for referrals to executive coaches. Gene Morrissy, a management psychologist at RHR International, said demand in the executive-coaching practice of the Wood Dale, Ill., organizational-development firm is up 10% from a year ago.

Denver telecommunications provider Wide Open West Inc. in January canceled merit raises for this year and suspended company matching contributions to employee 401(k) plans. But this year the company will spend $25,000, about what it spends every year, on coaching for three managers. “Our fundamental belief is you have to develop your greatest assets, which are your people,” said Colleen Abdoulah, chief executive.

Humana Inc., a Louisville, Ky., health insurer, also is protecting its coaching program. Humana this year will spend between $17,000 and $30,000 for six months of sessions for each of about 50 senior employees, said Jeff Nally, who heads the firm’s executive-coaching initiative. The meetings cover areas such as how to build an executive presence, communicate ideas and influence others. “Even in a recession, developing talent in key roles is still important,” said Mr. Nally.

Still, Humana is trying to trim coaching costs, which totaled about $25,000 to $50,000 in past years. The company now encourages participants to conduct more counseling sessions by phone, which saves money on coaches’ travel fees. And rather than hire outsiders to assess coaching needs, senior executives and human-resources leaders conduct assessments of more junior employees, which cuts the length of engagements by an average of three months.

Some small-business owners use coaches as sounding boards. Nancy A. May, president and chief executive of BoardBench Cos. LLC, a four-employee advisory firm in Norwalk, Conn., pays her own way to meet periodically with Dr. Soder. Ms. May says she relies on Dr. Soder for honest advice.”You wouldn’t go to somebody junior and say, ‘I’ve screwed up, what do I do?’ she says.

Ms. May, 50, began working with Dr. Soder about a year ago on ways to improve her interactions with clients, among other issues. Sessions are held over the phone, and occasionally in person, twice a month for up to an hour. “At times I have a big personality and the enthusiasm can sometimes be off-putting to somebody who’s more of an introvert,” says Ms. May. “My coach is working with me to manage that based on the personalities of other CEOs or board people I might be working with.”

Ms. May says she has noticed changes, particularly “how people are stopping and listening, and being drawn into a conversation with me a little differently.”

Paula M. Zwiren, president of Allied Title LLC, a small title-insurance firm in Flanders, N.J., said she was inspired to seek coaching after attending a seminar led by a group of women business leaders. Ms. Zwiren, 33, meets quarterly with Dr. Alfus-Rothman for about two hours. “An executive coach helps you identify things that help you be in control of your destiny,” she said.

Ms. Zwiren said Dr. Alfus-Rothman, whom she pays about $3,000 a year, has improved her communications skills. “You have to be very direct at the executive level, very concrete,” she says. “She helps me with my power of persuasion.”

Executives and senior professionals interested in executive coaching should research prospective coaches carefully because the industry isn’t regulated, said Kay Cannon, a past president of the coaching federation and an executive coach in Lexington, Ky. “You want to make sure the individual has some kind of coach-specific training,” she says. For example, many ICF members are certified as master, professional or associate coaches, which means they’ve undergone between 60 and 200 hours of training.

Ms. Cannon also recommends asking for referrals to past clients and getting a sense of whether you have chemistry with a coach before agreeing to a long-term commitment. To find a coach, you can search ICF’s member database at coachfederation.org/find-a-coach.