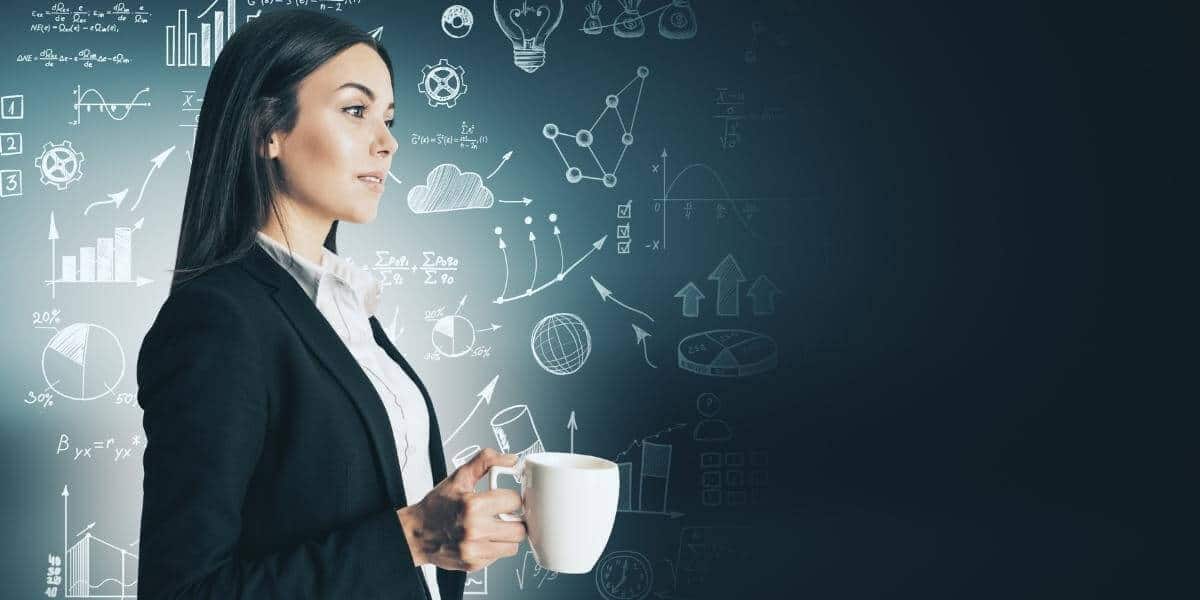 “Coaching is unlocking a person’s potential to maximize their own performance. It is helping them to learn rather than teaching them.” – Timothy Gallwey

This famous quote by Gallwey, author of The Inner Game of Tennis (widely considered one of the first books about the coaching industry as we know it today) speaks volumes about the role of a coach.

Whether it’s sports, business, or life in general, the need for a coach has always been a question of when not if. The answer to that question has become increasingly apparent as the business landscape has shifted at a breakneck pace.

In today’s workplace, corporate coaching is an essential tool for leaders at all levels. Faced with ever-changing challenges and demands, coaching provides a sounding board and an objective perspective that can help leaders navigate complexity, make tough decisions, and achieve their goals.

A corporate coaching program might also include coaching for all employees, such as coaching for resilience, work-life integrations, and well-being, which could be argued to be categorized as life coaching.

A good corporate coaching program would also include managing a bench of internal coaches, coach training for managers, and close ties with external coaches to be deployed on certain mandates on a contract basis.

The professional coach who designs the corporate coaching program could also serve as the executive coach to work with the CEO, or the leadership coach to work with the managers. That coach may also coach teams at any level. While usually one professional coach designs the corporate coaching program, it generally takes several coaches to deliver it.

Corporate coaching has a broader focus than leadership coaching. It considers the organization’s culture, values, goals, and challenges when working with leaders to help them improve their performance. 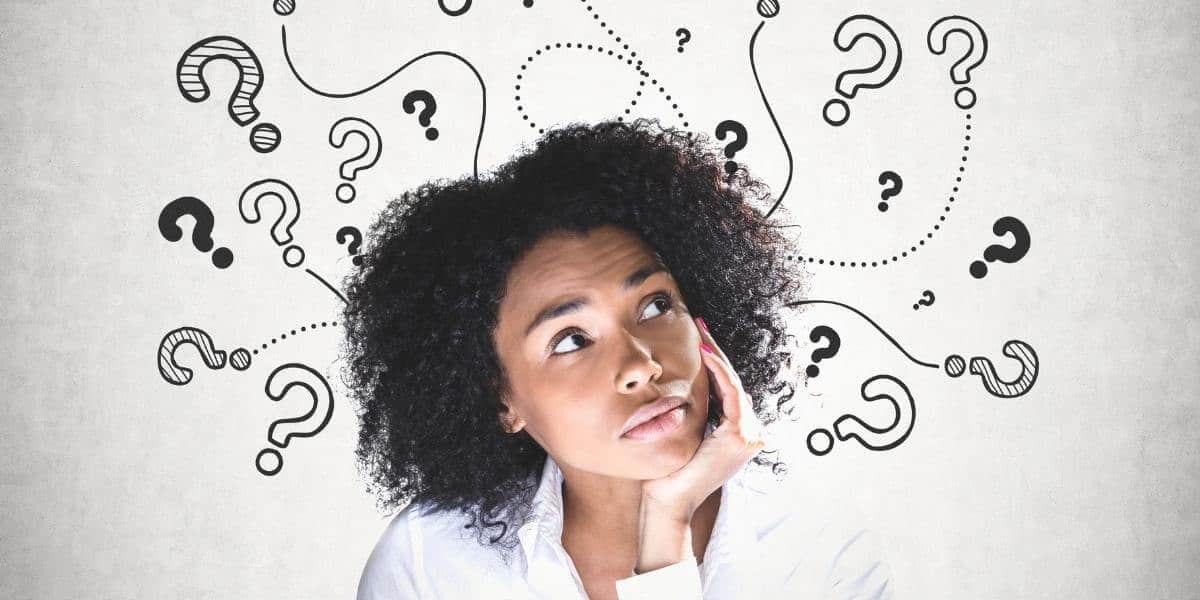 An Analogy for Corporate Coaching

Here’s another analogy: think of how a Chef runs the kitchen. The Head Chef designs the menu, creates recipes, and runs the kitchen. While the Head Chef has many kinds of cooking skills and does much of the cooking, he or she also includes talented Sous Chefs to cook as well as other kitchen staff to perform essential tasks.

Now that you know the key differentiator between corporate coaching and leadership coaching, another question begs to be answered, and that is:

Are corporate coaching and executive coaching the same thing?

The reality is that one is a part of the other. A strong corporate coaching program would most definitely include executive coaching, and the professional coach who designs the program could coach members of the executive team if the coach and executives were a good match. 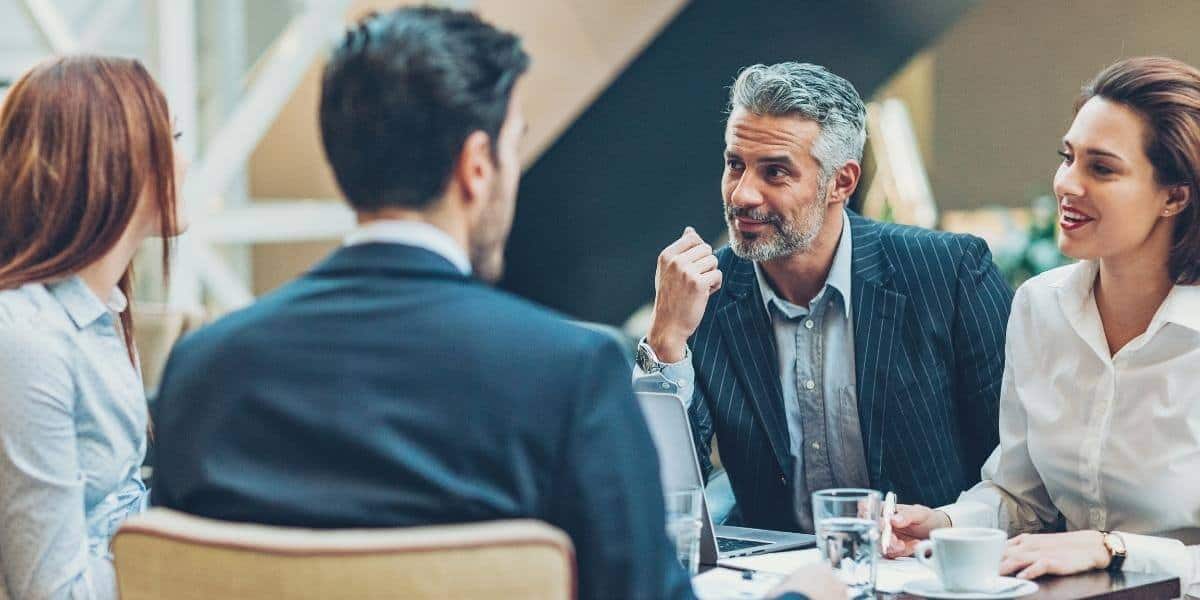 Level of focus is the differentiator

Most leaders focus on finding the right strategy. What if I tell you that the most successful leaders are not the ones who find the best strategies but the ones who execute them flawlessly?

This is where internal coaching programs and professional development programs play an important role. They help leaders leverage coaching results to achieve the most from their strategy. Organizational success becomes a by-product of successful team coaching engagements, and experienced professional coaches are the impetus that gets the whole thing started. 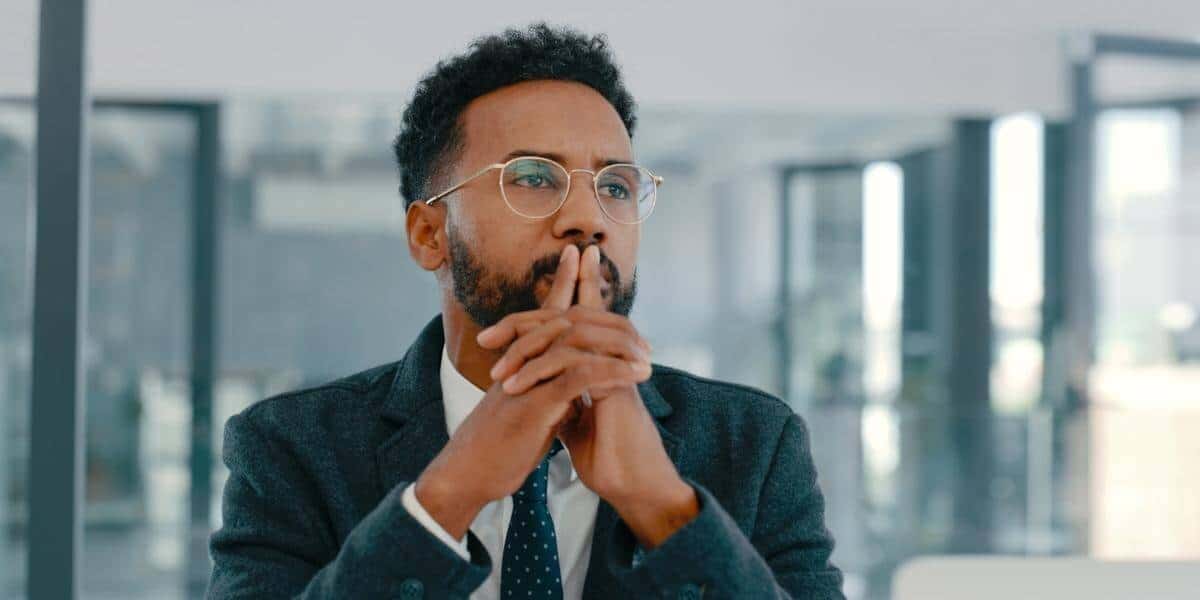 How do you determine the right type of coaching for you or your organization?

The answer to this question lies in understanding what you hope to achieve through coaching. If you are looking to improve the performance of an individual leader, then executive coaching may be the better option. On the other hand, if you want to take a more holistic approach and improve the performance of the organization as a whole, designing a corporate coaching program would be a better place to start.

The bottom line is that a corporate coaching program that includes executive coaching can benefit leaders, but it depends on what you hope to achieve through coaching. And of course, the most important factor is finding a reputable and experienced coach who can help you achieve your desired results.

There’s no panacea for all corporate ills, but the coaching process can help you identify and address the challenges you’re facing in your organization. Often, all it takes is a fresh perspective and some outside help to get you back on track.

The following are critical factors to consider when choosing what type of coaching is right for you or your organization:

Organizational Blockers: What is preventing your organization from achieving its desired outcomes?

Determining the problem is vital when choosing the right type of coaching that suits your organization. Are you dealing with high turnover rates? Low employee engagement? A toxic corporate culture? Lack of coaching skills by leaders? Once you’ve pinpointed the main issues, you can start to look for a coach who specializes in corporate coaching to address those specific challenges. 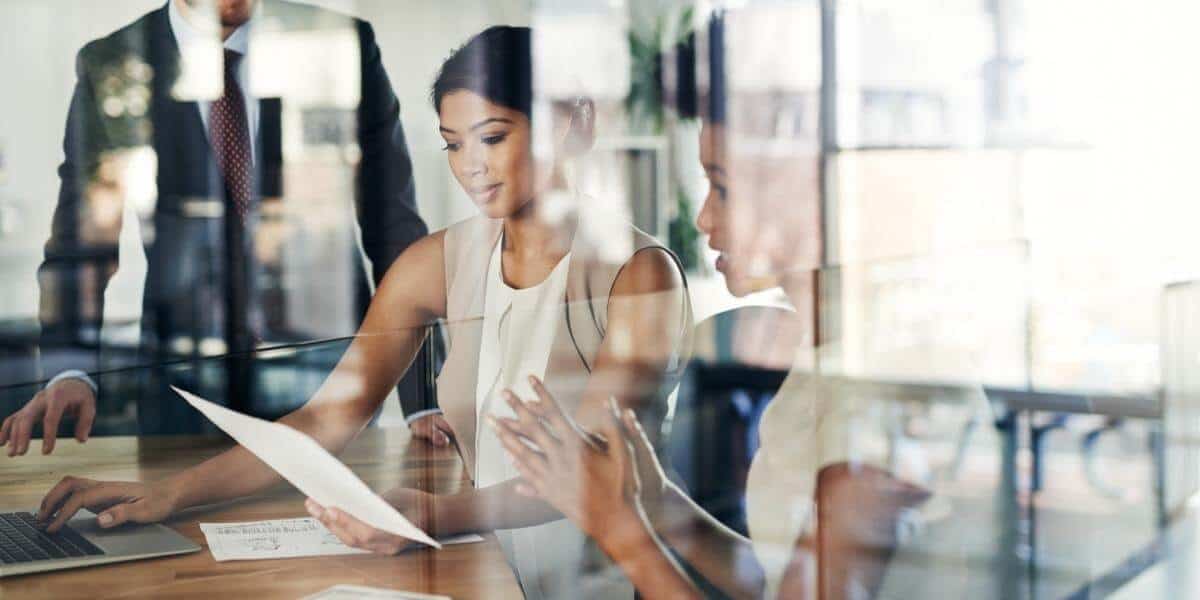 The Coaching Process: Credentials and Experience

You will always find the devil in the details when vetting a potential coach. Make sure to ask about their credentials and experience, as well as how they typically conduct coaching sessions. For example, do they prefer one-on-one meetings or group coaching? Do they use formal assessments? What kinds of outcomes have they worked on with previous clients?

Wisdom will dictate that you go with a coach who is ICF Certified which ensures extensive experience and a proven track record. But at the same time, you also want to make sure that their coaching style is compatible with your needs and expectations. The best way to gauge this is by scheduling a discovery call to see if there’s a good fit.

Character And Chemistry: It’s All About The People

A person’s character manifests in their thoughts, words, and deeds. It’s who they are when no one is watching. And it’s the foundation for everything they do in life. A factor often overlooked when choosing a coach is whether or not there’s a good fit in terms of character and chemistry.

It’s a mistake to look for a coach who has been where you are and is now where you want to be. If that’s what you ask for, you will attract a mentor, a consultant, or an advisor – but not a coach.

When asking for a coach, first and foremost, you want to enquire about coach-specific qualifications. From there, you want to ensure that you’re working with someone who shares your values and who you can trust implicitly. This person will challenge you to grow and push you out of your comfort zone. A professional coach does not need personal experience with your situation, but you should find someone you feel comfortable working with and who makes you feel heard and understood. 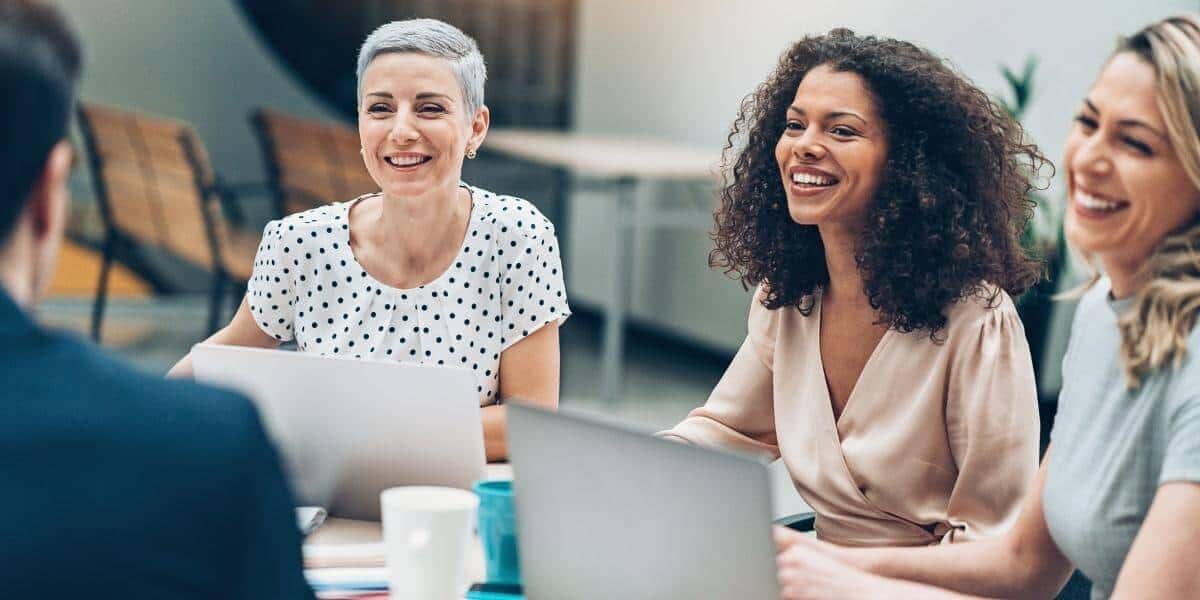 Coaching and the personal connection

The coaching relationship is a sacred trust. It’s built on mutual respect, open communication, and a shared commitment to your success. When you find a coach with whom you have a strong connection, it can be a transformative experience. It’s not always easy to find a coach who ticks all the boxes. But when you do, it’s worth its weight in gold.

I always advise people to request a trial session before signing an agreement. A professional coach wants to assess fit as much as you do, so they often insist on a free trial session as part of the discovery process.

How to bring a corporate coaching initiative to your organization?

“It was a leap of faith.” That was how one executive described his decision when he decided to join my corporate coaching program. As a business leader, you’re constantly being asked to make decisions with limited information. You’re expected to have all the answers, even when you don’t.

Bringing a total stranger into the inner sanctum of your organization can be a daunting proposition. You’re putting your trust in someone to help you navigate these uncharted waters. This is where years of experience as a corporate coach come into play.

Having worked with organizations of all sizes across all industries, I understand the challenges you’re facing, and I know how to help you overcome them. Our corporate coaching program is designed to help you achieve your desired outcomes, whether it’s improving communication, increasing sales, or developing leaders.

Inaction breeds fear. The first step is always the hardest. But once you take that leap of faith, you’ll be amazed at what’s possible. Start today by scheduling a consultation. I’ll be happy to answer any questions you have and help you determine if corporate coaching is right for your organization. 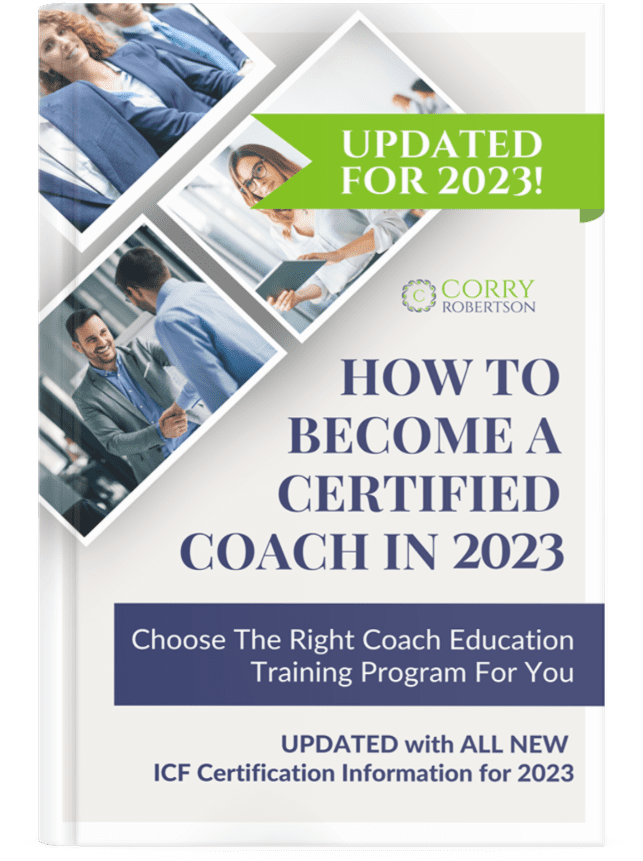 How To Become A Certified Coach in 2023:  Choose The Right Coach Training Program for You